Are you curious about what the Bible says about baptism and how that compares to what you would hear from most pastors? The difference might shock you.

The common theme in baptism-related verses:

When you read these verses ask yourself this:

The goal is to let the scriptures speak to you. We have only added commentary and notes where we felt necessary.

Mar 16:16 NKJV - "He who believes AND is baptized will be saved; but he who does not believe will be condemned.

Jesus is saying the people who don’t believe, won’t get baptized. So the standard procedure for the gospel of Jesus Christ is to get baptized WHEN you believe.

Act 2:38 NKJV - Then Peter said to them, "Repent, and let every one of you be baptized in the name of Jesus Christ for the remission of sins; and you shall receive the gift of the Holy Spirit.

The word remission has an interesting meaning. It means to be released from bondage. This makes sense why we are baptized for the remissions of sins because in Romans 6 we read that those who are baptized into Christ, are free from sin (meaning it no longer has dominion over them).

Act 22:16 NKJV - 'And now why are you waiting? Arise and be baptized, and wash away your sins, calling on the name of the Lord.’

1Pe 3:20-21 NKJV - who formerly were disobedient, when once the Divine longsuffering waited in the days of Noah, while the ark was being prepared, in which a few, that is, eight souls, were saved through water. There is also an antitype which now saves us--baptism (not the removal of the filth of the flesh, but the answer of a good conscience toward God), through the resurrection of Jesus Christ,

1 John 5:5-8 (NKJV) 5 Who is he who overcomes the world, but he who believes that Jesus is the Son of God? 6 This is He who came by water and blood--Jesus Christ; not only by water, but by water and blood. And it is the Spirit who bears witness, because the Spirit is truth. 7 For there are three that bear witness in heaven: the Father, the Word, and the Holy Spirit; and these three are one. 8 And there are three that bear witness on earth: the Spirit, the water, and the blood; and these three agree as one.

John 3:5 (NKJV) Jesus answered, “Most assuredly, I say to you, unless one is born of water and the Spirit, he cannot enter the kingdom of God.

Tit 3:4-5 NKJV - But when the kindness and the love of God our Savior toward man appeared, not by works of righteousness which we have done, but according to His mercy He saved us, through the washing of regeneration AND renewing of the Holy Spirit,

Hebrews 10:22 (NKJV) let us draw near with a true heart in full assurance of faith, having our hearts sprinkled from an evil conscience AND our bodies washed with pure water.

Tit 3:4-5 and Heb 10:22 could also refer to being washed by the Gospel/Word. But if you’re washed by the Word, you’d still be commanded to get baptized (the end result is the same). Those who love Him, will also follow His commandments.

Rom 6:3-4 NKJV - Or do you not know that as many of us as were baptized into Christ Jesus were baptized into His death? Therefore we were buried with Him through baptism into death, that just as Christ was raised from the dead by the glory of the Father, even so we also should walk in newness of life.

Col 2:11-14 NKJV - In Him you were also circumcised with the circumcision made without hands, by putting off the body of the sins of the flesh, by the circumcision of Christ, buried with Him in baptism, in which you also were raised with Him through faith in the working of God, who raised Him from the dead. And you, being dead in your trespasses and the uncircumcision of your flesh, He has made alive together with Him, having forgiven you all trespasses, having wiped out the handwriting of requirements that was against us, which was contrary to us. And He has taken it out of the way, having nailed it to the cross.

Again, this passage in Col 2 lines up perfectly with Romans 6. Our body of sin is buried with Christ in baptism. That's why born-again believers are no longer dominated by sin but are rather salves of rightesouenss.

1Co 10:1-3 NKJV - Moreover, brethren, I do not want you to be unaware that all our fathers were under the cloud, all passed through the sea, all were baptized into Moses in the cloud and in the sea, all ate the same spiritual food.

In Exodus, the Lord told Israel to kill a lamb and put its blood on the door so the angel does not kill the firstborn of each family. Israel was saved by the blood.

Now, when the Lord guided them out of Egypt, they rejoiced that they were saved from slavery.

Just as we are saved by the blood, we rejoice that we are justified by the blood through faith. But look what happened to the Israelites next - which many of us also experience if we don't bury our past.

Here is what happened: Their old life returned and haunted them.

They went from rejoicing to being scared. So God told them to cross the Red Sea to bury their past. Their old lives had to be buried, so they crossed the Red Sea and the Egyptians who were following them got buried. Now all of their past was buried and gone.

We also must bury our old life in baptism (immersion), die to Christ, and then be resurrected to the newness of life in Him.

1Co 1:13-17 NKJV - Is Christ divided? Was Paul crucified for you? Or were you baptized in the name of Paul? I thank God that I baptized none of you except Crispus and Gaius, lest anyone should say that I had baptized in my own name. Yes, I also baptized the household of Stephanas. Besides, I do not know whether I baptized any other. For Christ did not send me to baptize, but to preach the gospel, not with wisdom of words, lest the cross of Christ should be made of no effect.

Many use this passage to say that Paul did not baptize and that he did not recommend getting baptized. This is far from the truth.

Paul actually baptized more people. We find a few people in the book of acts that are not listed in his baptism list in Corinthians.

Paul was simply saying that he is glad his mission was not to baptize but to preach the gospel in the church of Corinth. He didn’t say baptism is not important and that you shouldn’t do it. In fact, in all his other letters he talks about baptism quite a bit.

Paul was concerned about people putting more emphasis on him than on Christ. This passage is about sectarianism and not baptism.

We have to be careful not to add words or thoughts that are not there. Scripture interprets scripture and nowhere else in his letter does he say baptism is not a requirement.

The question is, who do you want to believe? Simple, straightforward scripture or an interpretation of men? If we look at all the passages about baptism, we actually conclude that it is important.

Jesus Can Set You Free!

You can experience forgiveness of your sins, healing and deliverance. It's not a religion. It's a relationship.

Join our Telegram channel to get connected with other believers, participate in events & more!

Want your church, fellowship or Bible study equipped for the Kingdom of God? Invite our team!

get in touch
Let's Follow Christ Together.
get started 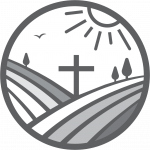